Working from home: Day 64. Rainy Days - A photo series taken during the lockdown of COVID-19. 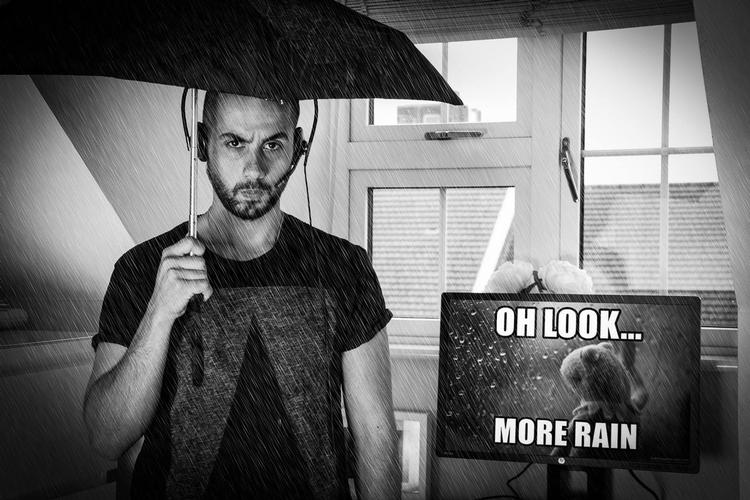 English summers are so hit and miss, aren't they? If it's not blazing, it's raining, cold and miserable. FYI, I much prefer the sunshine, regardless of temperature because it lifts people's moods and everyone around is so much happier. As of today though, it has been raining on and off for about a week and I'm bored of it! Bring back the sun.

I wanted to have a change of positioning so I got an umbrella, sprayed it with water using an empty window cleaner bottle. I stood on a towel so that my working space wasn't too wet and I added some fake rain on top, some vignetting and change it to black and white so give it a bit more of a moody look.