How does the UK economy's 20% shrink effect my online shop?

The economy shrunk by 20% in April, the biggest monthly contraction since records started in 1997. Find out what this could mean for your ecommerce website. 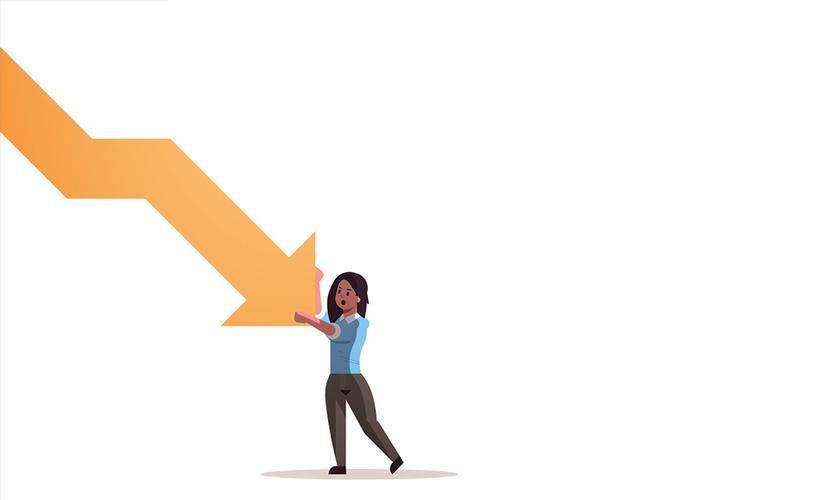 It was revealed today by the ONS (Office for National Statistics) that the economy contracted by 20.4% in April. For an idea of the scale of this, this is three times greater than the reduction that the 2008 financial crisis caused. It also dwarfs the fall that occurred in March, which was 5.8% when the lockdown first began. In fact, the ONS said that this decrease has broken all records and is the biggest one since monthly records began in 1997.

What sectors were affected?

Statistics showed that virtually no areas of the economy were left unscathed with education, health and automotive sectors seeing major declines. Among the hardest hit are the air transport sector, which shrank by 92.8%, while the hospitality and food industry saw a 88% decrease in trade. One area that seems to remain strong, however, is the ecommerce sector, with more people heading to online shops to purchase clothes, food, household items and many other utilities that are normally procured from physical shops.

Why is is it such a small contraction?

Although 20.4% is the biggest decrease to date, considering that the country was in a complete lockdown for the entire month of April, some might suggest that this is relatively good news. The fact that so many companies are still surviving is down to the unprecedented state intervention propping up the economy. Currently around a quarter of all UK workers are being paid through the furlough scheme at a cost of nearly £20 billion.

Will it get worse?

Some experts believe that April will be the worst of it, and subsequent months will see a pick up in the economy. However, there are still so many unanswered questions.

With the furlough scheme coming to an end in November, some believe that the economy has the potential to fall off a cliff edge. With so many people leaving their jobs and companies losing money, any kind of recovery may take many years. Taking the 2008 recession as an example, it took a good few years for the economy to make any kind of recovery.

However, comparing recessions is always complicated as they are always caused by different factors. Assuming there are no second waves and the country is able to return to some degree of normalcy, some sort of improvement may be possible. When people are able to start shopping again and stimulating demand, we may see some kind of bounce back and the consequences of COVID-19 may not be as severe as expected. Many businesses will be compelled to bring their products online in the form of an ecommerce website, which is set to significantly grow during this period.

What the government will do next is the biggest question. In Europe, various governments are playing a very active role by cutting taxation, setting up rescue funds and offering rescue packages. There are still another three months till the end of the furlough scheme, so what the government does between now and then will be critical.

If you'd like to keep up to date with relevant information that could affect your ecommerce website design, then check back regularly to the DotGO news blog. We've been designing affordable business websites for the last 17 years, and we like to keep a lookout for all the important industry news. If you'd like to chat about what we can do for your company, please get in touch with one of the team.

Do you own an E-commerce website but feel like you are not getting the most out of the tools at your disposal? Feeling a bit confused over some features? If so, don't worry - we've got you covered all the way.

DotGO doesn't just offer brilliant E-commerce website design tools; we also provide an extensive range of easy-to-follow, straight-to-the-point support videos that run you through everything you need to know. Whether you want to set up a professional email on your phone or add a downloadable product to your store, we have videos that run through the process, step by step.

Make sure you don't miss out on the amazing tools at your disposal. Take a look at our list of support videos and unleash the full potential of your online shop in no time.