Working from home: Day 61. Street Fighter - A photo series taken during the lockdown of COVID-19. 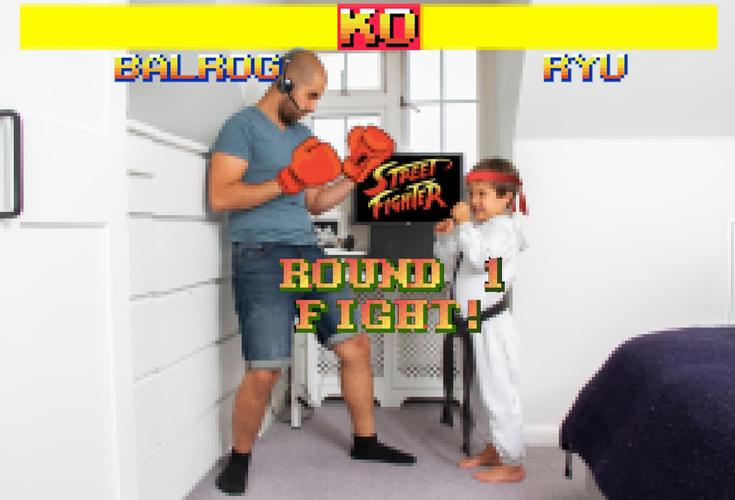 As per an earlier post to do with Mental Health Awareness Week, I really love to play computer games when the kids are asleep and my partner is at work and one game I used to play so much is Street Fighter 2 on Super Nintendo so I thought I'd create something that nods to that fantastic game! I really liked Balrog, thought he was awesome and had a Mike Tyson feel about him too. He wasn't my favourite though. I always wanted to choose Ryu (who my son is dressed up as) but my older brother used to choose that character and I had to choose the next best person which was like the American counterpart, Ken.

This picture took a lot more time than I wanted it to but I knew it was going to be done in steps. I didn't actually send this picture at 18:00 as per usual because work has been just so busy! I got my son to wear a onesie inside out so it looks white, I Photoshopped the headband and a pair of boxing gloves for me and pixelated the image. One of the additions is the text and the health bars which I did using Photoshop but added the text by finding a text generator online. My son and I proceeded to play fight until I had to return to work again haha.