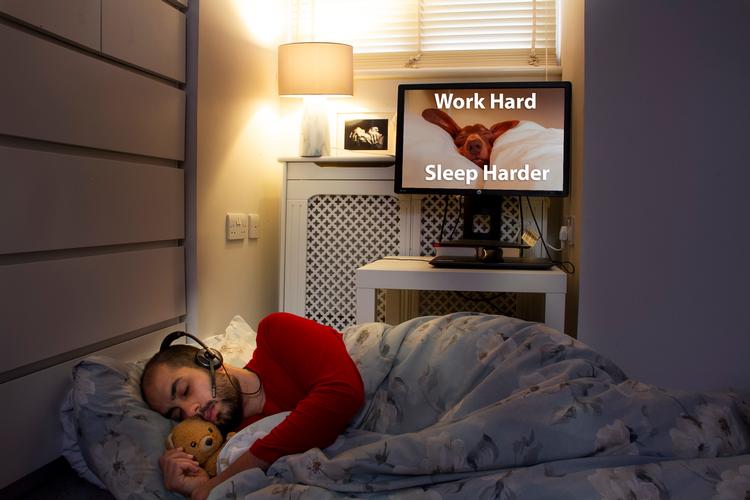 When you're on the move a lot, you get tired but it's also strange to think that when you don't move enough, you get a different kind of tired too. Obvious, I know but today was just one of those days where I awoke knackered and not amount of coffee could remedy this. That being said, I thought it'd be a great idea to rest. Fun fact, my working space is actually in my bedroom so my bed is just out of frame but so the monitor and work space is actually visible, I thought I'd 'sleep' on the floor.

This picture is pretty simple really but one thing that has happened is that I had purchased a new wardrobe which means that the chest of drawers and my work area had to move meaning that I have even less space for pictures.. oops!

Taking photographs when it's darker is a lot harder than you'd think. Some areas are way too dark and so hard to see so it had to be carefully taken with a slow shutter speed so keeping still was incredibly important (and easy to do considering how tired I am).