Working from home: Day 65. Playset - A photo series taken during the lockdown of COVID-19. 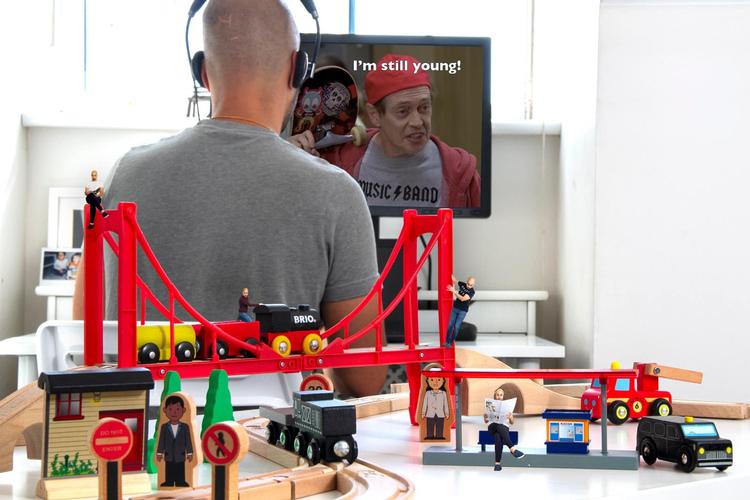 I had a different idea with what I had produced but I put together some train tracks on a table and made my own little mini-city and the intention was to edit myself to be a giant and to be smashing things up but instead it morphed to what you see now. I edited myself in different positions around the 'city' in a subtle(ish) way.

A few shots were taken for this. One which was the set with me at my desk then a few others of me in different positions such as riding the train, hanging off the bridge, reading a newspaper etc. and miniaturised them to blend in.