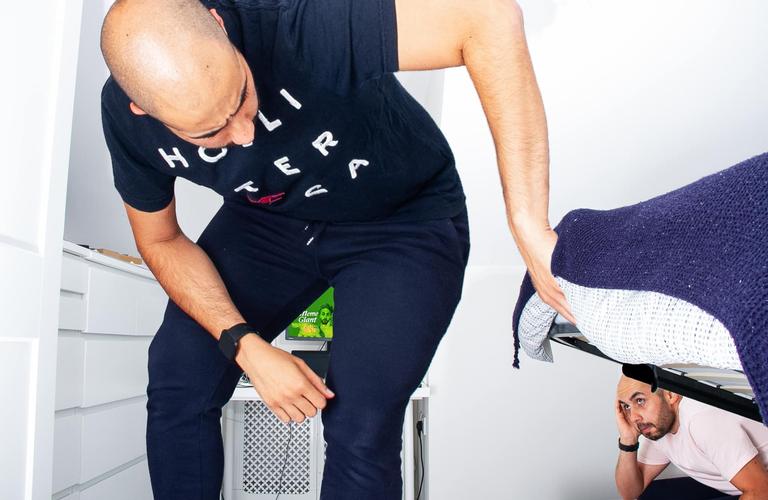 I genuinely have no idea why I wanted to photograph myself as a giant, but I did it anyway. I shot a variety of different poses such as this of me lifting up the bed or even bigger, squished into my room whilst holding the headset but they were taking up too much time and I really needed to finish my lunch a little earlier for an appointment I had booked with a customers so I didn't muck about and kept it simple.

I photographed the scene in two different ways. I had to think about the positioning I wanted for the final picture and matched that height as if I were actually a much larger size so I don't look extremely odd and disproportionate to the final picture then I combined them. I was laughing so much at a rubbish meme I saw online a while back so I added it to the monitor behind me. I edited my face onto the Green Giant person from the sweetcorn adverts and called it 'Meme Giant'. It made me laugh at least.