How My Friday Nights Look

Working from home: Day 72. How My Friday Nights Look - A photo series taken during the lockdown of COVID-19. 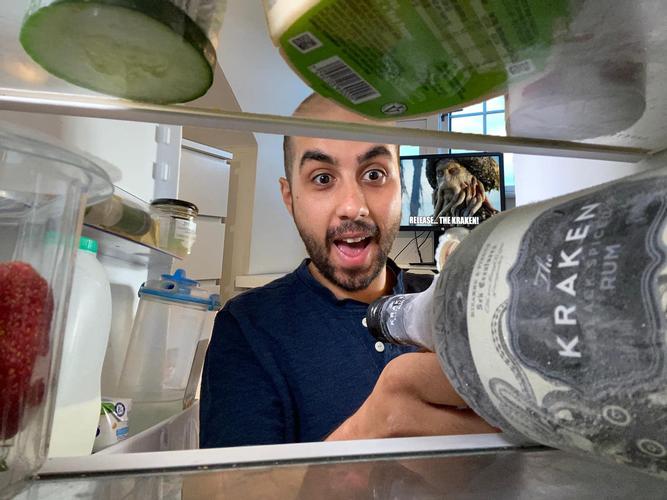 I know that in my previous pictures I've added a bottle of Kraken rum in the image somewhere but I need to mention that it really isn't often that I drink. I've got kids at home and I don't tend to drink when my kids are in the house. If they're asleep I rarely drink but if I do, it's usually a small amount or only do so if my partner isn't drinking.

The reason for this picture was simply because I wanted to relate to everyone on the weekends but I have an idea for Friday's last working from home picture and this morning when I took the photo, my fridge was astonishingly bare. I had a half eaten punnet of strawberries, cucumbers and some hummus but I knew that my drink was still in the freezer.

This picture was taken in just a few minutes and that was by resting a small handheld light in the fridge and pointing down so it lights up the bottle as well as my face. I then Photoshopped my working from home area behind me. It didn't quite work seamlessly but I need to remind myself often that these pictures don't need to be overly thought. 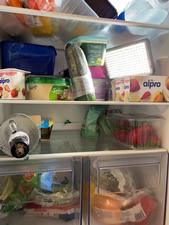