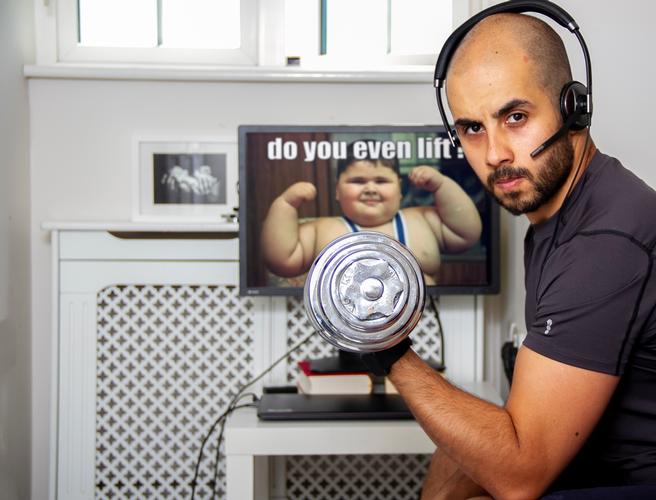 This week is Mental Health Awareness Week. Something that is incredibly close to my heart and something I actively support so this week's set of pictures relate to things that help me when I need it.

Last year, I weighed a hell of a lot more than I do now. In fact, I think there's a 3/3.5 stone difference. I feel incredible compared to what I did last year. I did it by dieting and exercising. As mentioned in an earlier post (Cycling) I cycled to and from work most days and that alone helped me shed the majority of this weight and it has helped me significantly in not only my confidence but also in my general well-being. I'm definitely not saying you can't be happy being bigger, in fact I love eating and that'll never stop, but the routine of exercising and working hard on something and being patient has really helped me.

A simple and somewhat bland picture but it took me so many attempts. It actually took my about 55 minutes to take the shot that I liked. Every other shot was too out of focus or awkwardly taken because of the lack of space that I have and the limited lenses I have for my camera. I settled for this in the end by using a singular flash and a funny meme that always makes me chuckle!