Working from home: Day 11. Fabio Armstrong - A photo series taken during the lockdown of COVID-19. 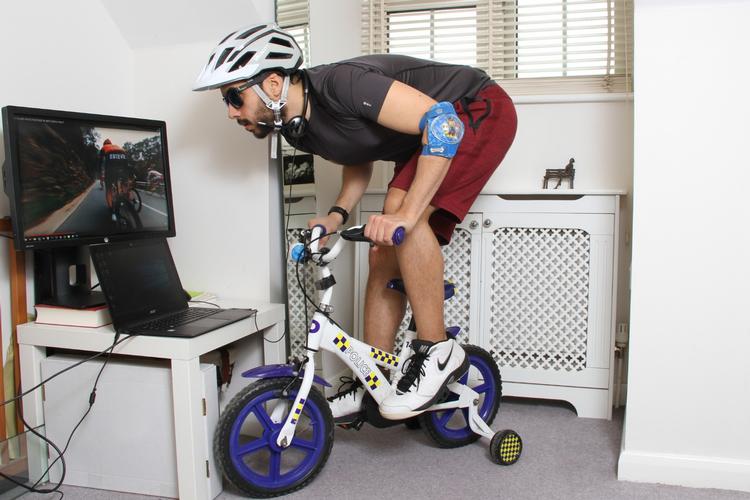 When I started DotGO, I was very overweight and one thing I vowed to myself would be that I would lose weight not only because I'm due to get married later in the year but also to be a good role model for my children so I started cycling. I've been cycling most days to and from work going up and down extreme hills. It's been difficult but I've been doing it! Of course, I haven't been doing it on this bike but can you imagine a 10 mile round trip on this?

I brought up my son's bike from the shed and got all my gear on and pretended to cycle though my son wasn't impressed at all! I couldn't find a good enough picture to have on the screen but I settled on this to give it a look as though I'm part of the cycling pack.