Working from home: Day 68. Much Hasn't Changed - A photo series taken during the lockdown of COVID-19. 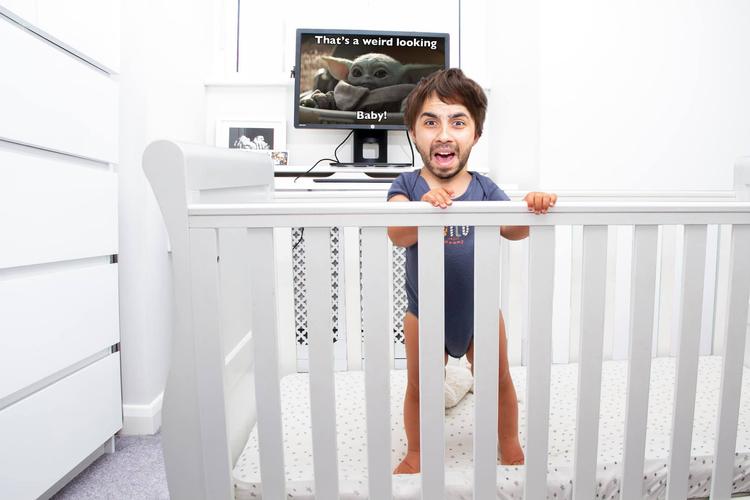 So I photographed myself as an elderly man and I thought it only logical to go the opposite route and photograph myself as a baby. In my opinion, I didn't think it would be as funny if I dressed up as a baby but if anything I thought it be a little creepy!

Similarly to the bath picture I took a while back, I had to take two different pictures in a particular way. I took the photo of the foreground and background separately. To get this picture I went into my youngest son's bedroom to get him up for the day but thew down the tripod and external flash and took some photos of him. I had previously set up the height that I wanted and kept the same set up when I brought it up to my working area.

One of the things I had to keep in mind is the direction of where the light is coming from so I can replicate this around my desk.

Once I've photographed each, I've combined them on Photoshop. The next thing was to edit out my son's face and put in my own so I used an older photograph from a previous post.