The biggest debate in the last few decades has been sparked with the DotGO team and it's time that we got to the bottom of it. What are your thoughts on pineapple on pizza? 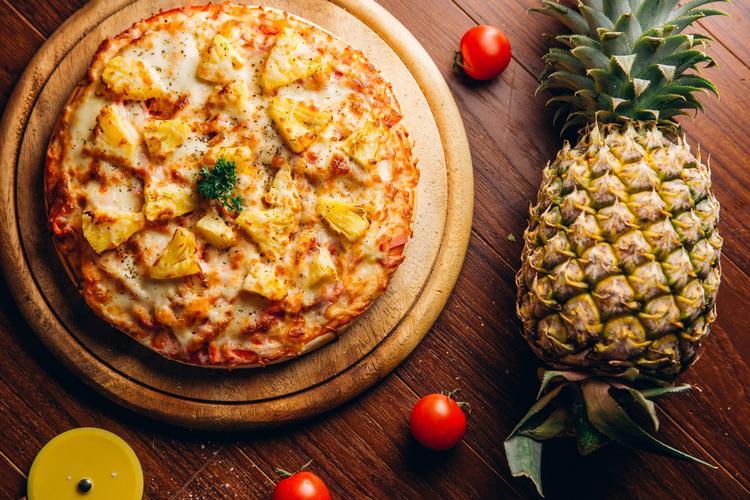 The question of the decade is whether you’re the kind of person who likes pineapple on pizza and the sweetness of it, or think it’s a terrible idea and that the person who thought of it needs some help.

Let’s be honest here, everyone likes pizza. It doesn’t matter if it’s gluten free, dairy free or vegan, there is a pizza for everyone. The wonderful doughy base on which the array of toppings that it rests upon or the stringy cheesy goodness that holds it all together is irresistible.

But the questions on everyone’s lips is often ‘Where do you stand on pineapple on pizza?’ So I thought I’d turn to my colleagues and cast a little poll. Check out the PIE-napple chart results: 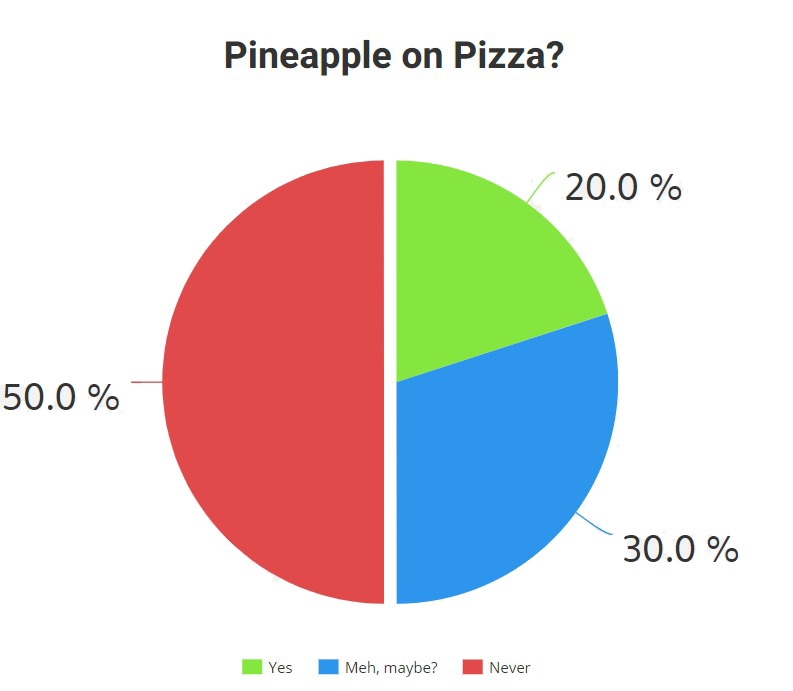 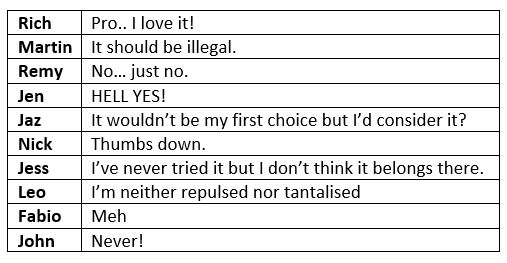 Half of the team dislike or even hate pineapple on pizza and about a third of the team can tolerate it, but it’s not something they’d order.

Martin very confidently said that it should be illegal and Leo the content writer said that he’s not tantalised by the idea it where as others in the team such as myself, are very much in the middle ground say they don’t have a problem with it but it’s not something they’d order.